An American Pilgrimage: The Normandy Beaches 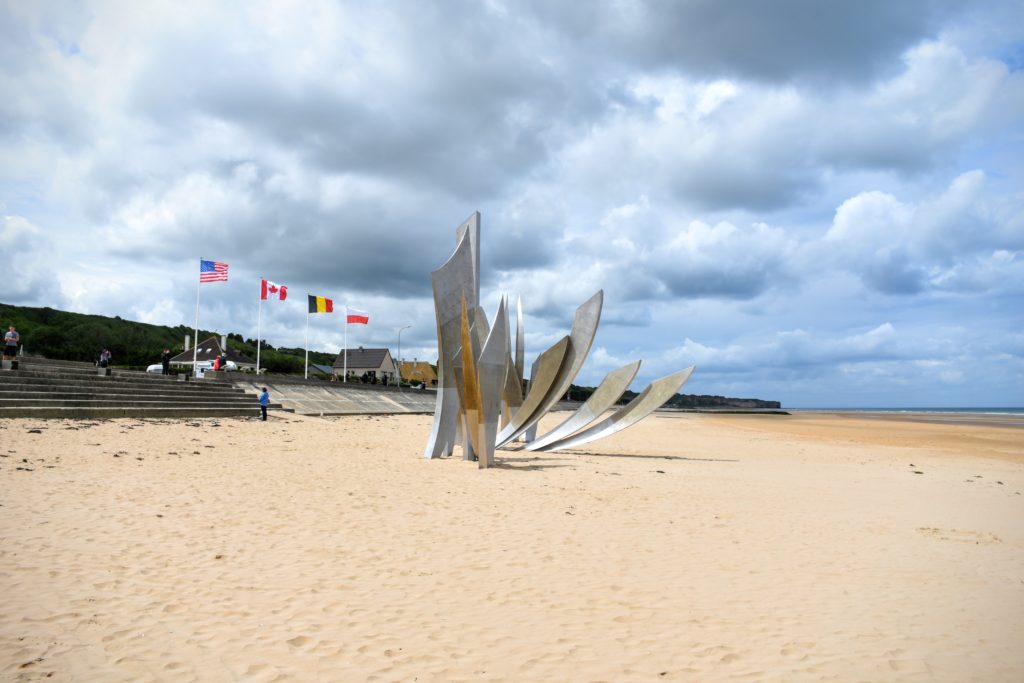 Omaha Beach, Normandy
I met Chester Furtek on Utah Beach, Normandy, gazing out at a small island barely visible in the distance. He was visiting with his wife and son. It had been 70 years since he had landed on D-Day in the USS Correy. His boat sank about a half mile from the beach and his memories of trying to swim to that small island were vivid. “I never thought I would return to see this spot where so many of my fellow comrades died.” He had planned to return for the 60th anniversary of the landing 10 years ago but decided to give the money he had saved to his grandson for a graduation trip. The “Greatest Generation” (thank you, Tom Brokaw) continues to shine in so many ways. You can read his own account of those days at this link. 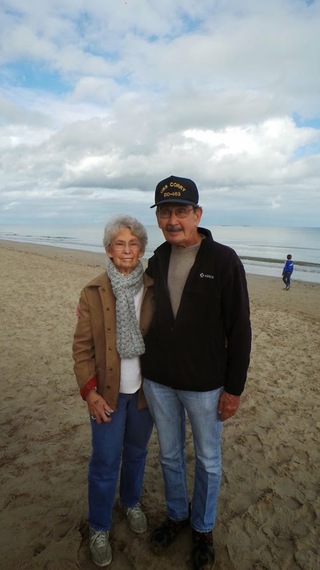 Mr. and Mrs. Chester Furtek at Utah Beach with the island he tried to swim to in the distance
My recent trip to the Normandy Beaches was planned for my husband who had long wished to visit. I planned to tag along. I had not planned to join a pilgrimage that continues to attract increasing numbers of Americans of all ages. Movies, books and the recollections of the survivors have touched almost every American. Unfathomable courage, brilliant logistics and even more impressive on the ground reconnoitering of those plans make the days and months following the D-Day landings a history that joins the most historic battles of all time. 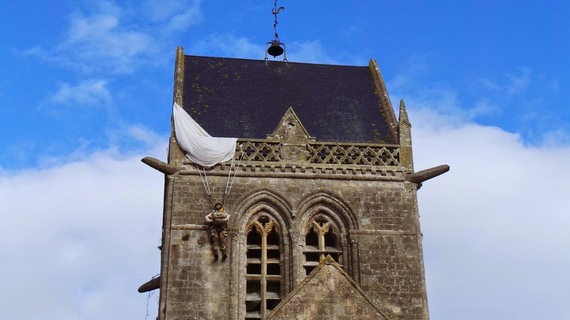 Memorial to John Steele, American paratrooper who was caught on this church steeple the night of June 6, 1944 in Sainte Mere Eglise
Rarely, can a traveler today still touch history on such a viscerall level.  Walking the beaches, seeing the towns and even touching the infamous impenetrable hedgerows takes you back 70 years. Many of the farmer’s fences over the region are still made of the wiring allied troops used to build landing strips. Blood stains are still evident at a local church that became a makeshift hospital where stain glass windows also immortalize those who were the first to land to free a continent. 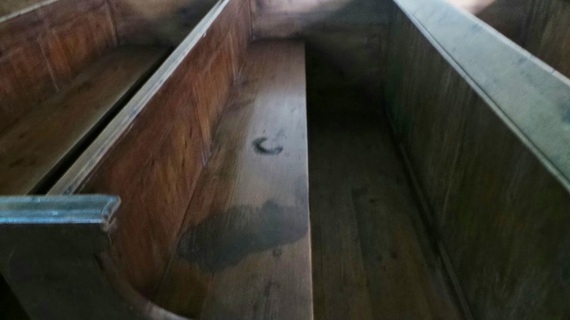 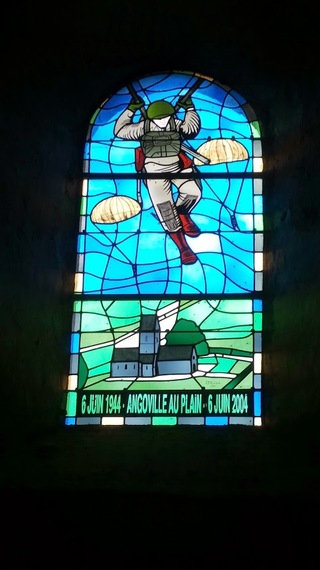 Stain glass window from the same church
Rarely visited until just a few years ago, tourists can start their tour with a visit to the German cemetery. Starker and certainly darker in tone than the more famous American cemetery, I was struck by the ages of many of the soldiers buried here. Many were 18 years old. Had they just arrived in Normandy prior to D-Day? Were they newcomers to a four-year occupation? I had heard of the German executions of Canadian prisoners at a now-famous five-star chateau, but I had heard little of the day to day life during the occupation. 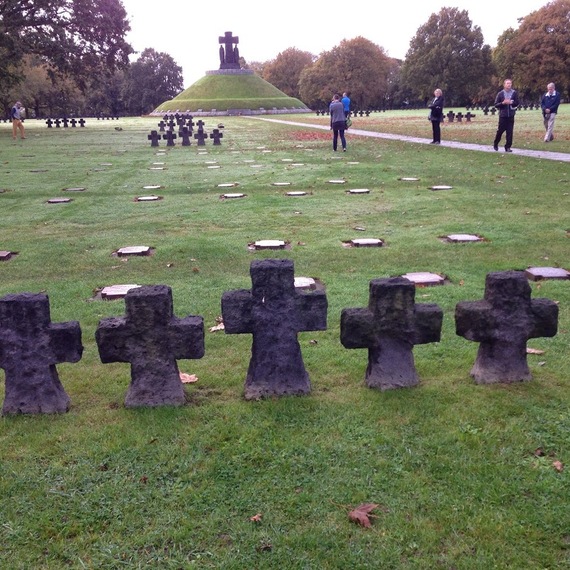 German cemetery in Normandy
Our guide, Elise, was wonderful. Her knowledge of history was perfect, but it was her own family connections to the history that painted the fuller picture. 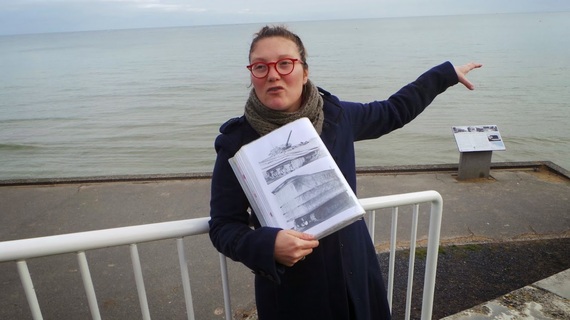 Elise Louis-Francois, our guide extraordinaire
During the first hours of the D-Day invasions, her grandmother was out trying to herd her cows. She worked on a farm just about two miles from Utah Beach and she was angry that the Allied bombs had frightened her cows and disrupted her mostly peaceful life. According to Elise, the years of occupation for many of the farmers and locals had been uneventful and many had developed friendships and celebrated Christmas and other holidays with their occupiers. Though fisherman were no longer allowed to fish these shores and many farmers nearer the shoreline had lost their homes, the war had not touched many, until D-Day. To her grandmother, traumatized by having to chase cows as bombs fell, it was the allies who brought the war to them and she feared them.

Thinking of Seaman Furtek trying to swim ashore to liberate a country he had never visited and Elise’s grandmother angry that he had frightened her cows, you begin to feel the utter bravery and sheer panic of those first days. Before you get to the movie ending of the war, liberation was not all parades in the streets and kisses for the liberators.

Here are a few of the other sights and visits that moved me. This is what travel is about, a pilgrimage with “feet on the ground” where history happened.  You meet those heroes, past and present, who shape our lives today. Thank you Normandy, for preserving this past and making it possible to experience a history that leaves us all in awe 70 years later. 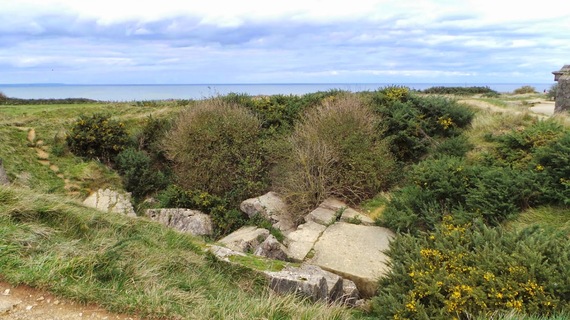 A bombed out German bunker at Pointe du Hoc 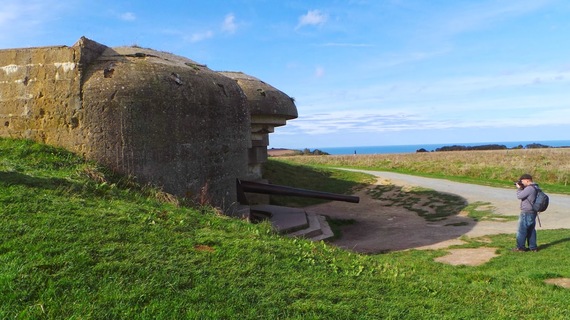 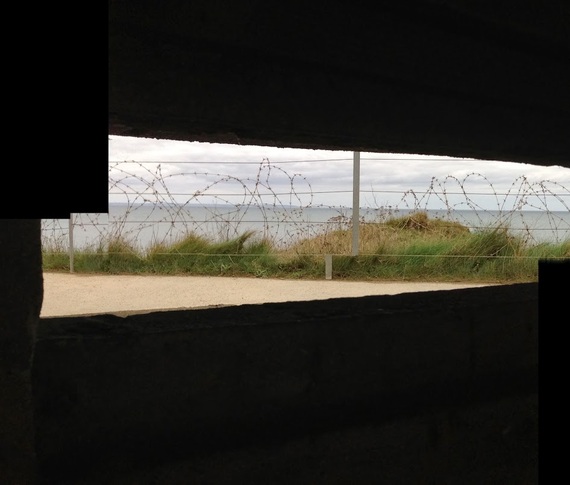 The view from inside a bunker 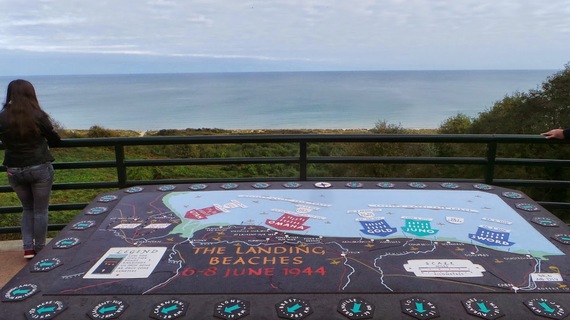 A map of the landing beaches overlooking Omaha Beach 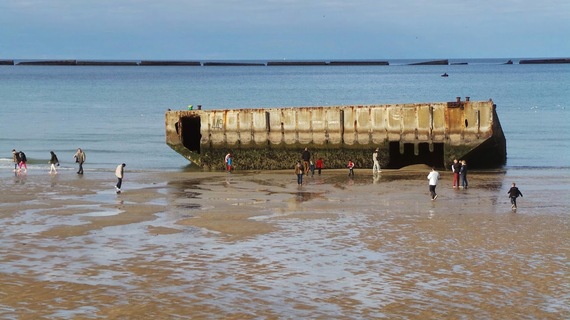 The remains of the portable Mulberry Harbor at Arromanches 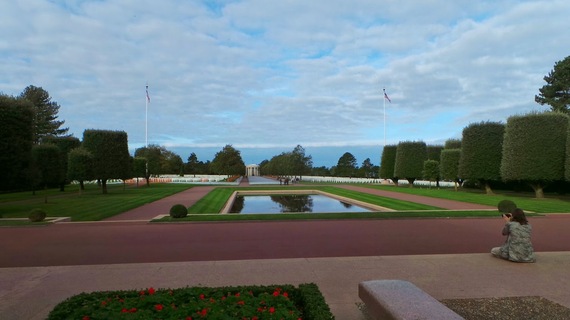 The American Cemetery at Normandy 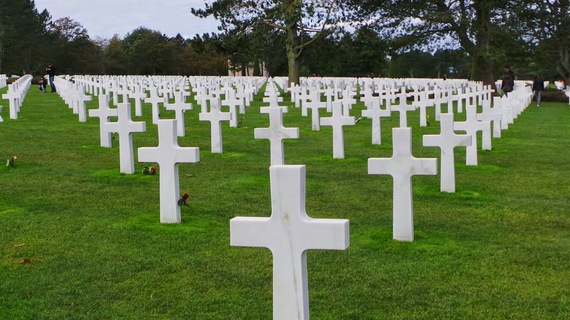 This article  was originally published in Huffington Post.  Here is the original article.

4 thoughts on “An American Pilgrimage: The Normandy Beaches”